Views From the Deck 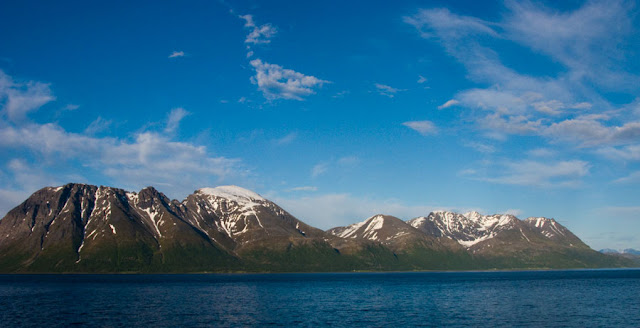 Mountains along the coast within an hour's sail from Oksfjord. Photo taken Tuesday. 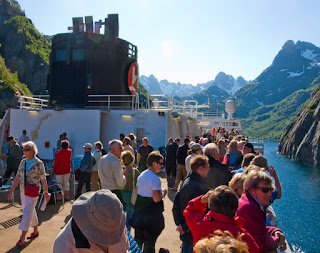 Late Wednesday afternoon, having reached the northern portion of the Lofoten Islands, the MS Trollfjord entered its namesake, the short but very narrow Trollfjord. Just about every passenger aboard elbowed for space on the sundeck or the panoramic viewing lounges in the bow to what the fjord walls close in on our ship. 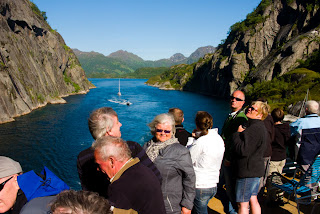 After entering the fjord and nearing its end, the captain used the vessel's pod thrusters to pivot us 180 degees, so we could safely exit the fjord. These same pods allow the capitain and his crew to easily bring the boat to even the most crowded, hemmed in quay with precision and delicacy. These two photos show us entering and then leaving the fjord. 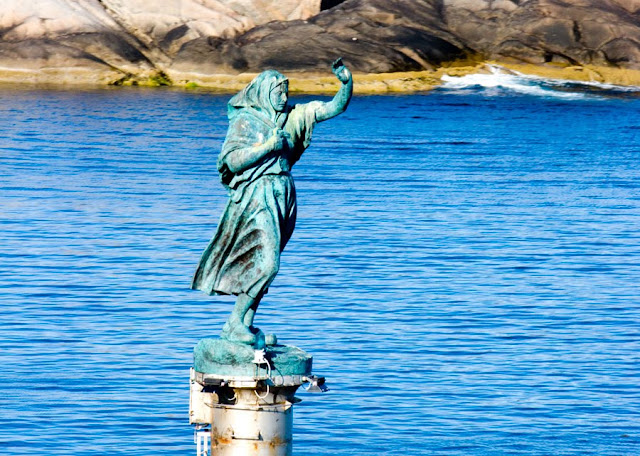 As we returned to Svolvaer, this time aboard the MS Trollfjord, we were greeted at the harbor's breakwater by this classic fishing town statue. It seems that every substantial commercial fishing center in the world has a similar statue of the fisherman's wife scanning the horizon hoping for his safe return.

Midnight sun worshippers on the deck at midnight, catching the rays. 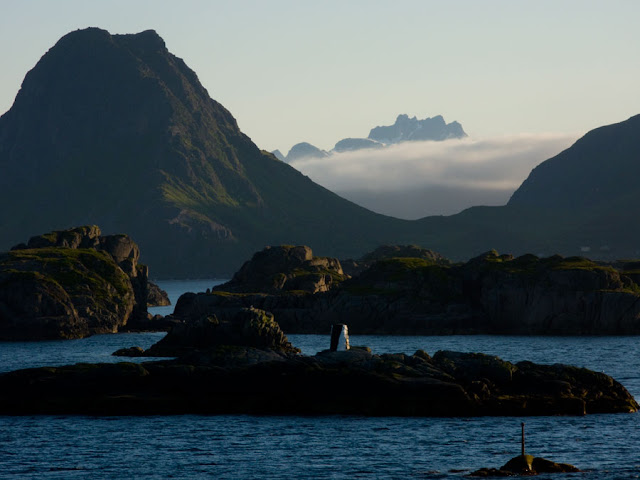 It is as if the mountains nest the clouds on the Lofoten Islands, here a mid-evening view south of Stamsund. Below, the "Lofoten Wall" of mountains about 10:30 p.m., beautifully obscured by clouds