Fireboat and fireworks from small craft greet the arrival in Rørvik of the MS Polarys for Hurtigruten Day. Taken from the stern of the MS Trollfjord as we pull into berth. 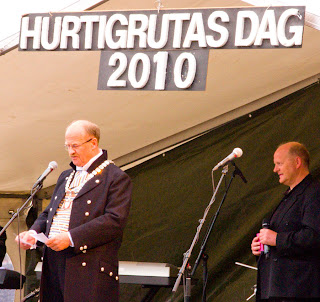 Below, crowd greeted the two boats' arrival on the quay. I estimated about 350-400 came out for the celebration, which included a pretty good band (the singer, to the right of the mayor, did a lively Joe Cocker take). 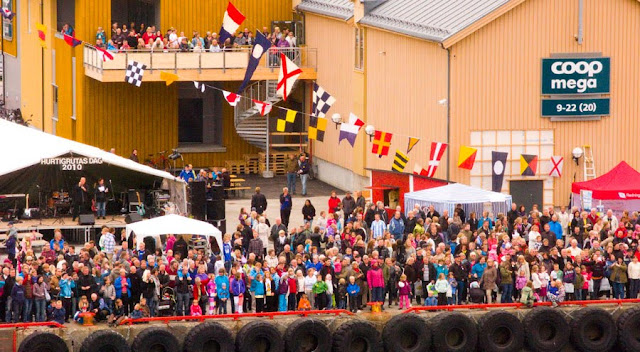